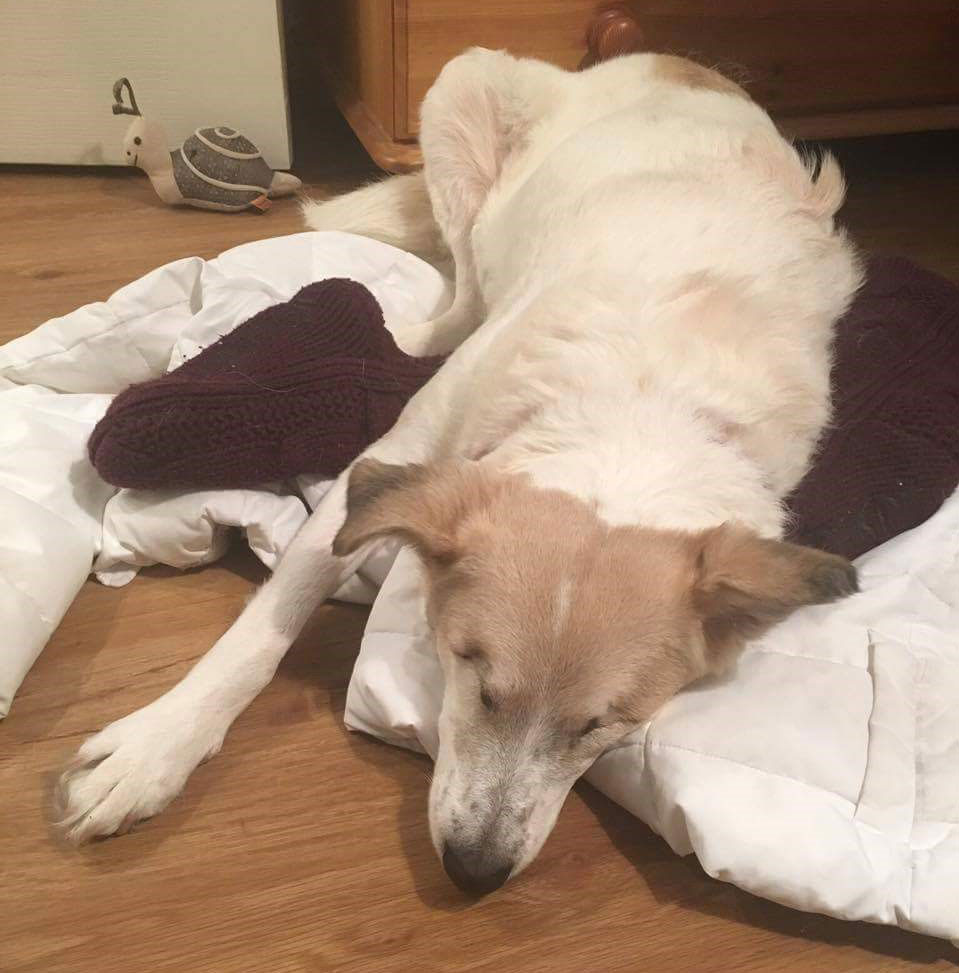 Gina first came to our attention because she was a blind, disabled dog trying to survive in the harsh environment of a public shelter in Romania. Katy, the charity's founder, was concerned that Gina would not be able to survive for much longer. One of the charity's volunteers offered to foster Gina in the UK so that her medical needs could be assessed.

Gina walked on three legs, keeping the fourth leg raised at an angle. She also had protruding eyes, due to pressure behind them. The vet advised that Gina had a permanent throbbing headache due to the pressure, and also that her leg was possibly due to an old injury and because it had been held in its position for so long, the joint had started to calcify. Again, this was extremely painful for Gina. It was decided that surgery to remove the eyes was the most urgent. Gina was already blind, so the eyes themselves were of no use to her. An appeal for funds for the surgery was launched. Many wonderful people helped in so many ways, raising money with auctions and donations. The response was amazing.

But, what about Gina? Throughout all the upheaval of moving to the UK and settling into a busy household with four large rescue dogs and other rescue animals, Gina's wonderful temperament shone. Her tail did not stop wagging, even when she was being examined by the Vet for her assessments before surgery. She was so content to have a comfortable bed and regular meals, plus lots of fuss and cuddles. Gina took the eye surgery, and later the decision to remove her leg, all in her stride.

One family in particular had followed her progress, raised funds for her surgery and kept in touch throughout. They had fallen in love with her sweet nature and offered to adopt her. The usual home checks were carried out, and when Gina had recovered from her surgery the family came all the way to Devon to meet Gina and take her home at last. A very happy ending indeed.

You can read more about Gina on her success story page, or go back to Fostering...