I first saw Gina when I was looking at the BDRUK website looking for a rescue dog around May last year and sent an enquiry. She instantly caught my eye curled up lying in the public shelter. At the time, we thought she was partially sighted but subsequently when she arrived in the UK in July, we found out she was blind and had to have both eyes removed. She also had an old injury that necessitated amputation of a front leg. She remained in foster while undergoing surgery and recovery and then I drove down to Devon with my daughter in December to collect our girl.

Just thinking about meeting her brings tears to my eyes. The photo of her with my daughter is on the journey home with her. Gina has been through so much in a short time but has never faltered in her will to endure whatever comes her way and she really is an inspiration to us. She has no eyes but she has feelings and loves company and being groomed too! She really is a special girl. She quickly found her way around my home, sniffing as she went and never fails to build up a trot if she smells food and she loves to wander around the garden! Gina is a determined girl and knows what she wants and I believe it is this stoical spirit she has that has enabled her to adapt so well to her disabilities. I really do feel I have been blessed with a diamond dog in Gina. 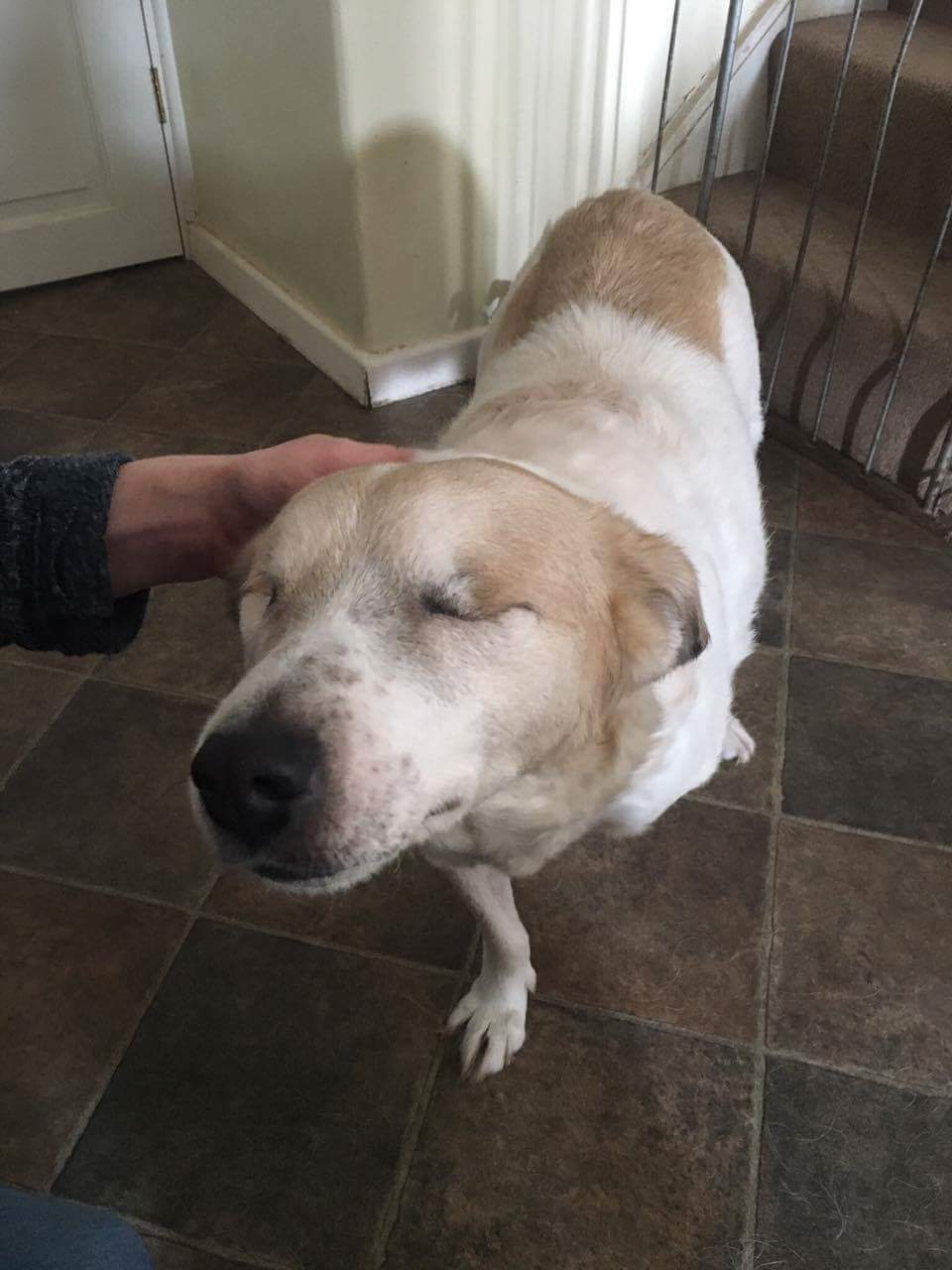 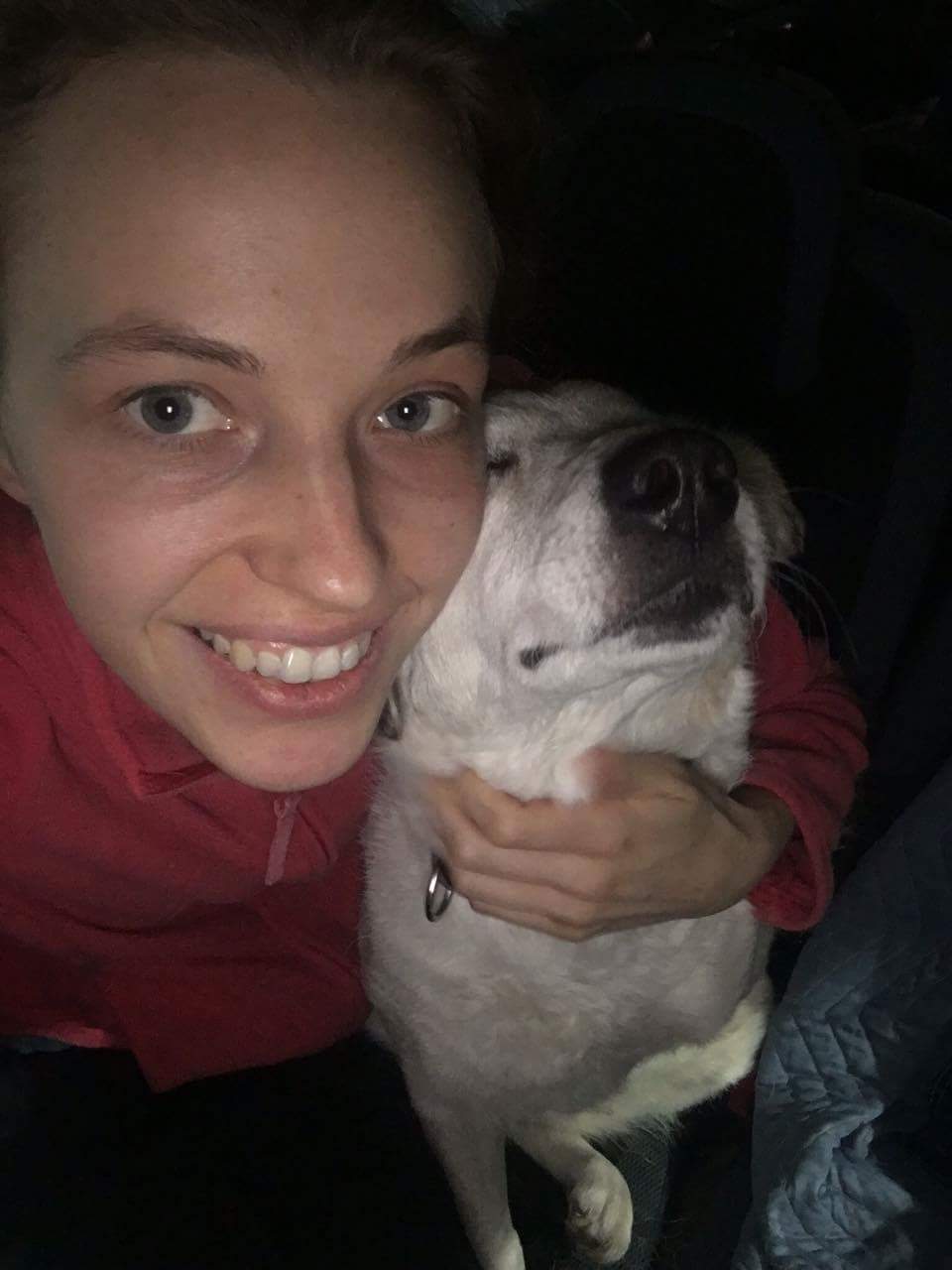