Henry, a Cavalier, was born blind in October 2015. His breeder signed him over to BDRUK.

I adopted him in January 2016 and he came here to live with the three resident dogs and two cats. From the start, Henry has been treated like a normal puppy. He plays tug with his Nannie Nat (Lab), explores in the woods with Gatsby (Cocker), and joins forces with Flora (Cavalier) to patrol the garden for invading cats!

Henry has been off-lead on his wood walks from the start. His sharp hearing and sense of smell I think has helped him keep close to the other dogs and negotiate his way around the woods. He is like a guided missile targeting horse dung! Most people we meet on our walks know and love Henry. Sometimes people who meet him for the first time have no idea he's blind - despite him wearing his Blind Dog harness - and think he's in training to be a guide dog!

Henry has been on caravan holidays - and tested his teeth trying to get limpets off rocks.

Now that he is a year old, Henry will be assessed to see if anything can be done to restore some sight in one eye (the other has no retina). If something can be done, then the question is 'should it be done?'' as there are conflicting opinions on whether dogs who were born blind cope well if some vision is restored. 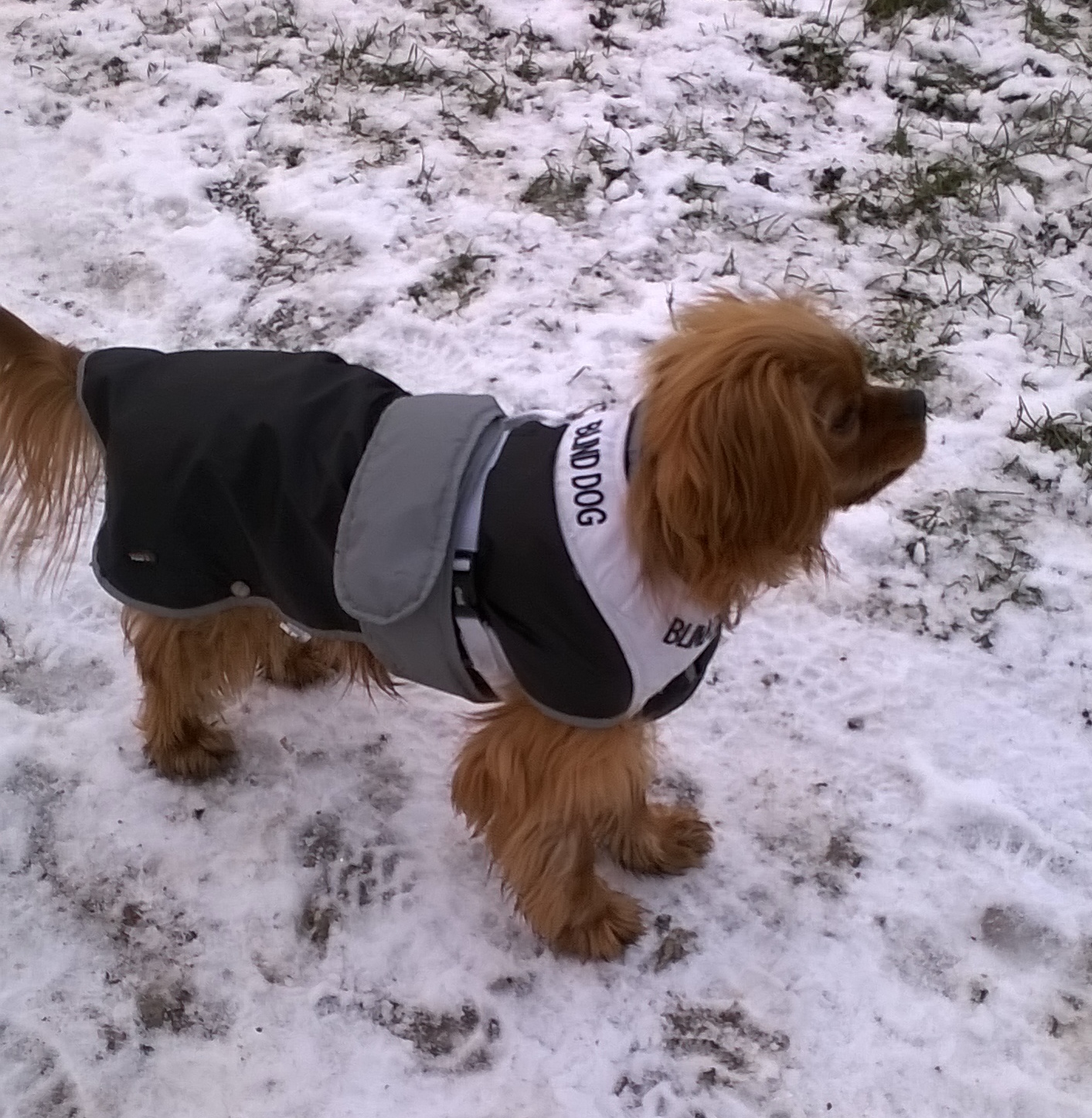