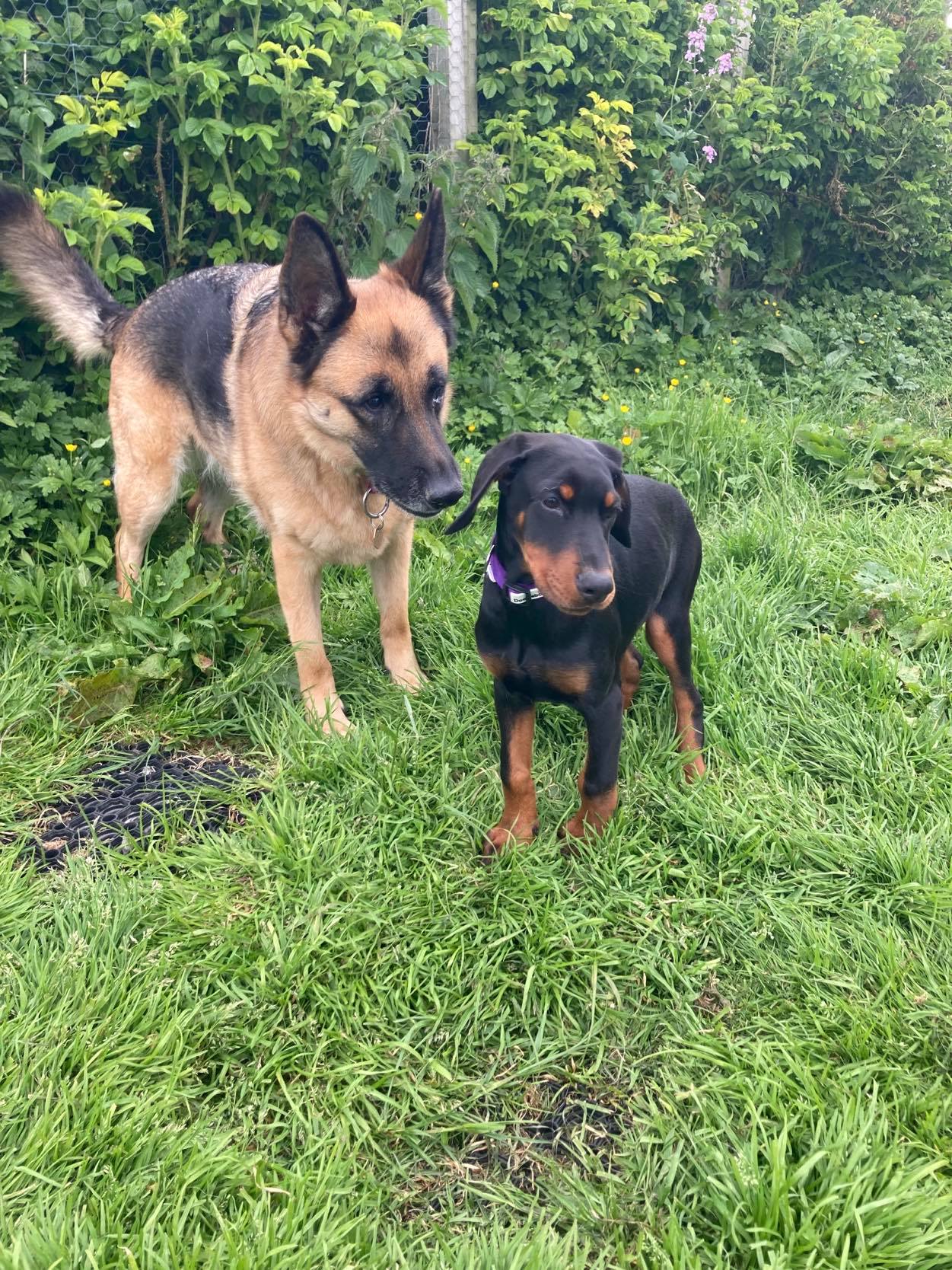 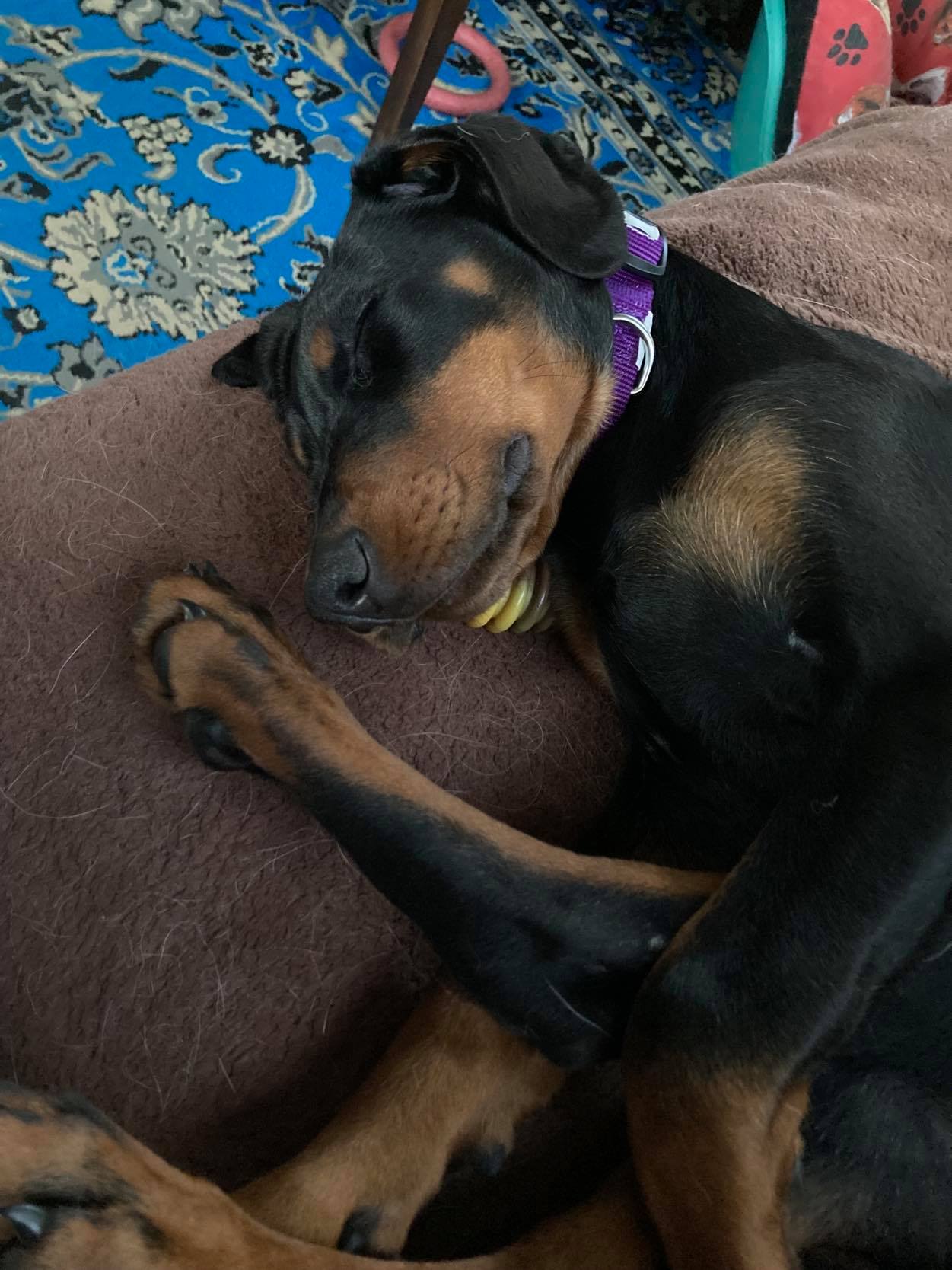 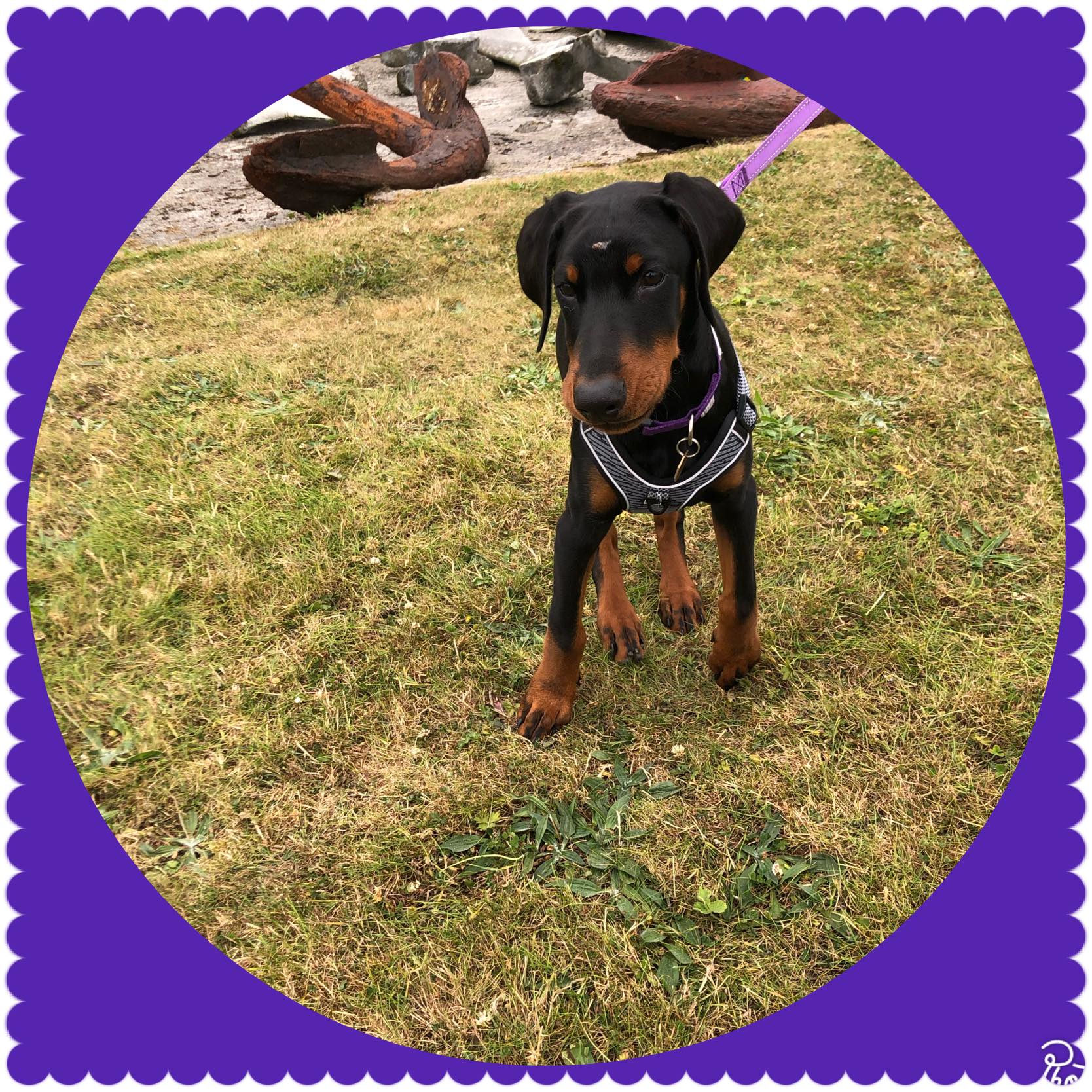 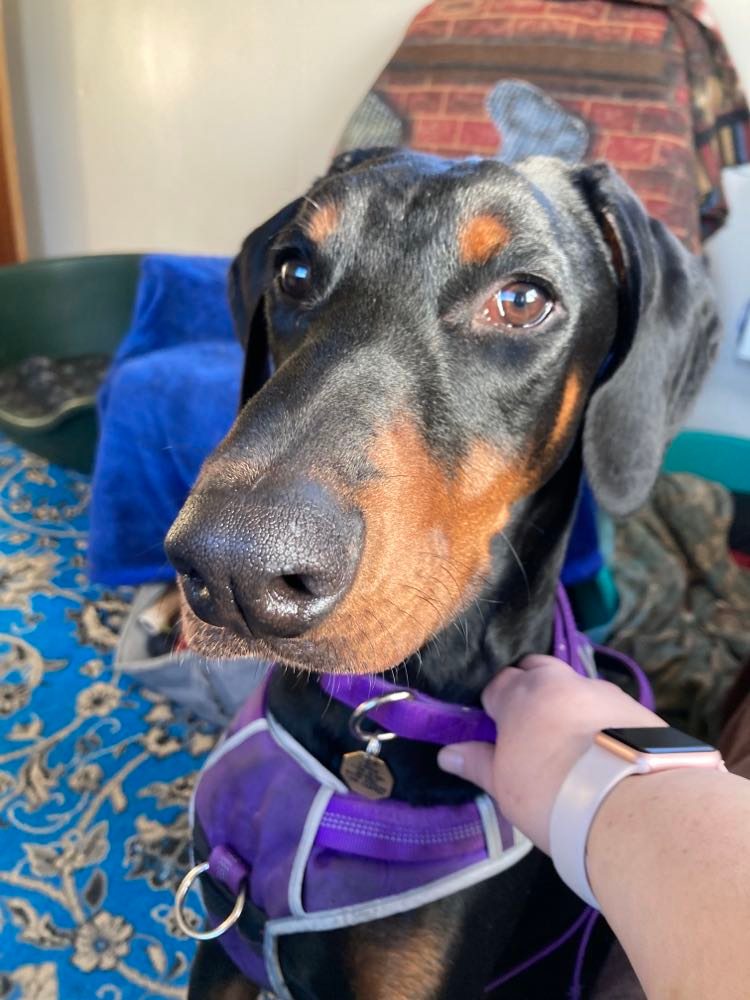 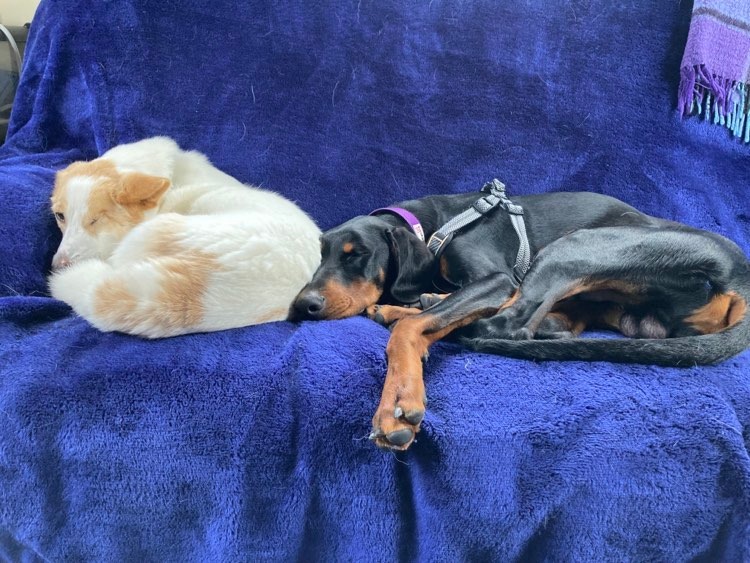 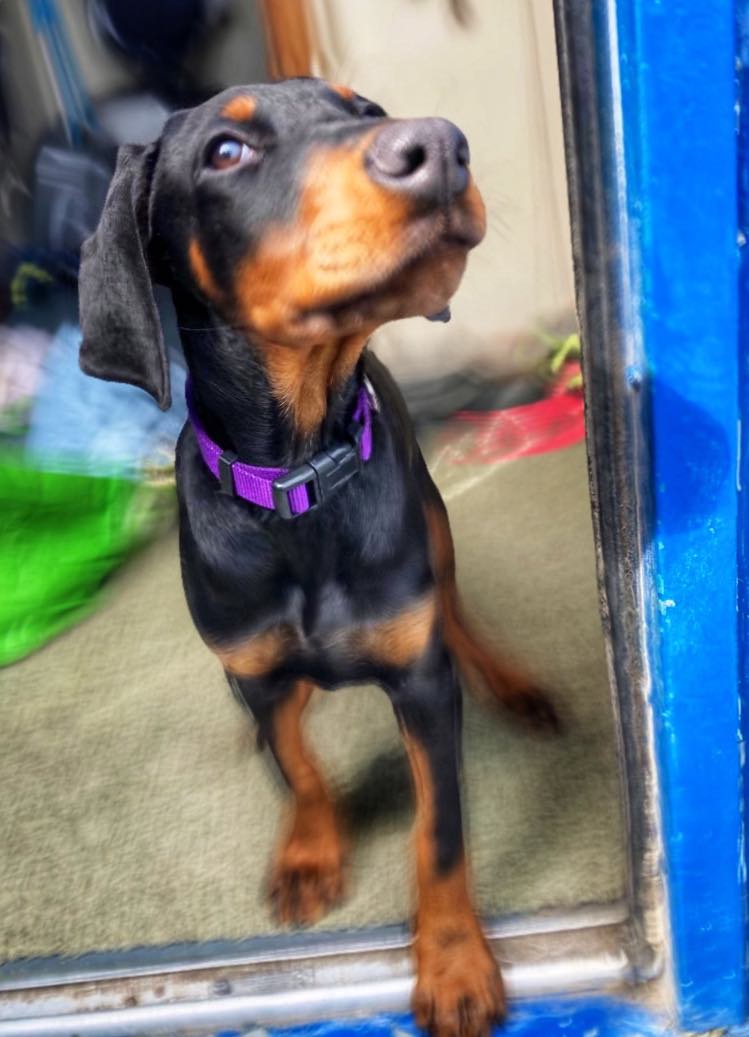 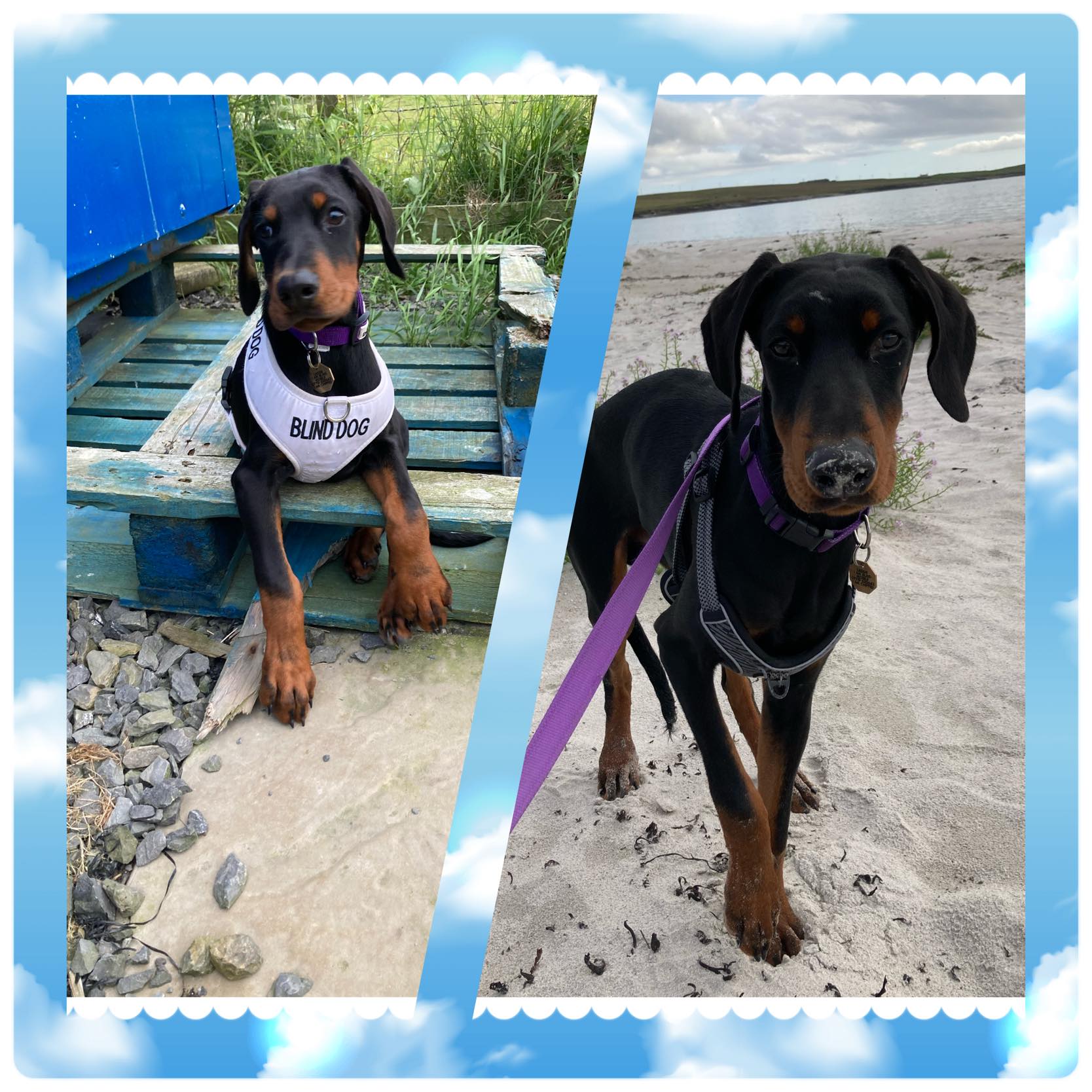 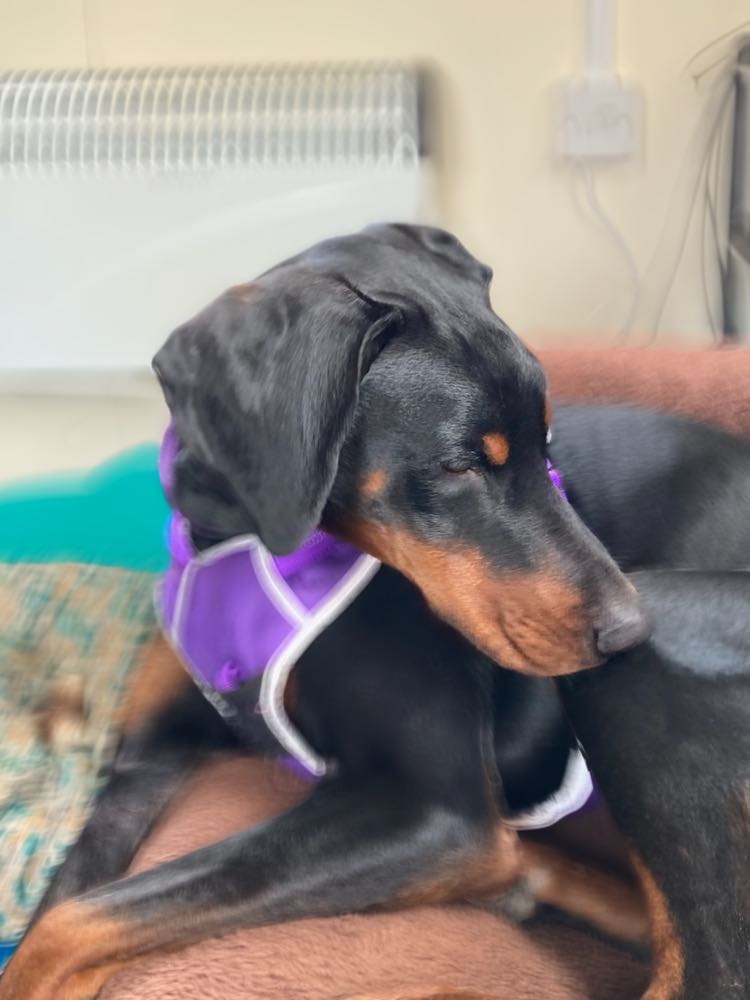 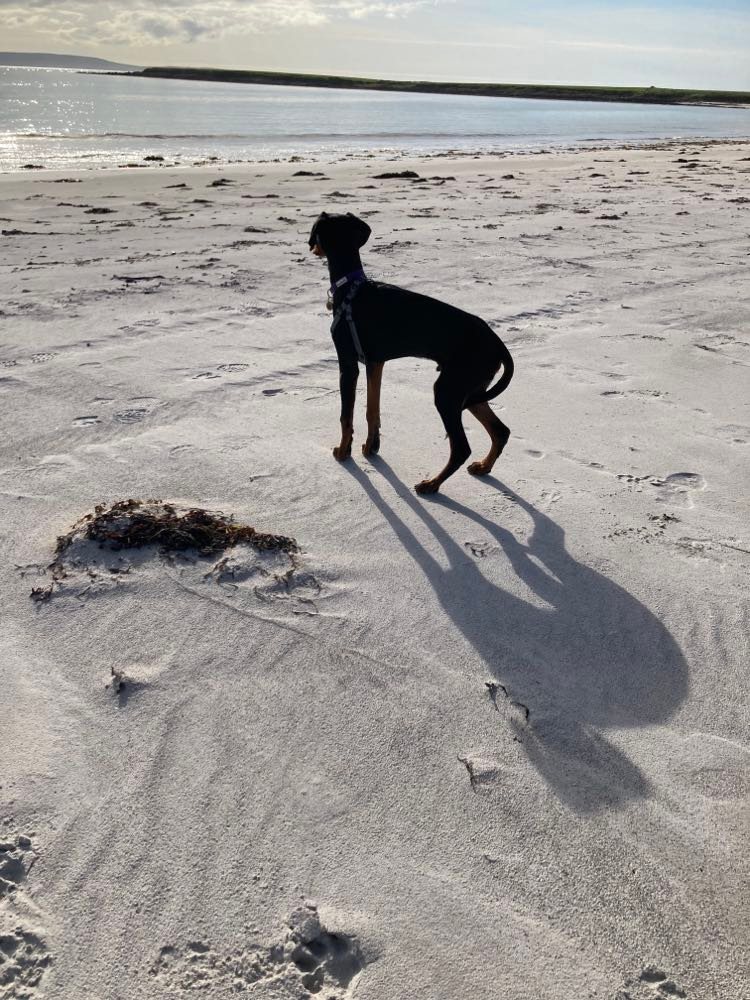 Bruichladdich or Laddie for short was born on the 19th March 2021, one of 11 pups in the litter. He and all his litter mates were born blind due to neurological issues during gestation. It is suspected that his mother ingested something toxic during her pregnancy and this resulted in damage to the whole litter. All 11 pups came into our care and went to foster before being rehomed. Laddie is the runt of the litter and nearly a year on remains delayed in comparison to his siblings. Initially our main concern was that he had difficulties swallowing and tolerating food but over time this has improved some and although we have to be careful to watch him eating, choking is much less frequent these days. Like the rest of his litter Laddie had some difficulties with balance and walking but now trots around confidently, even up a step and falls over less frequently. He has had extensive and frequent vet visits, it is suspected that he has greatly reduced sensation to his bowel and bladder making house training challenging for him, however he is definitely getting the idea of going outside when he is put out regularly, so during the day he can be quite clean. Nighttime is a different matter and he wears a nappy to bed so that he can get a good night sleep without being regularly disturbed.

How has the dog adapted to their sight loss

About Laddie Sponsor only

Please note - we do not rehome dogs to families with children under the age of 10.

Not ready to adopt yet?
Please consider making a donation instead:

or share me and help me find a home