We spotted an appeal posted by Blind Dog Rescue UK on social media trying to find a forever home for a one-eyed, three legged Romanian dog called Ali who had received no interest or enquiries at all. Ali had been rescued from a notorious Public Shelter in Romania and was now under the wings of a private rescue. From the photos we saw of her in the Public Shelter, she had lost a paw and the stump was turning black. She also had a seriously infected eye. Of course being in the Public Shelter she had received no veterinary care at all and the severe infections she had sustained were left to spread. We are still unsure how she originally lost her paw but believe her eye injury was mostly likely fighting to eat in the shelter.

Once in private rescue there was no other option other than to amputate her leg and remove an eye. Both were so infected by this stage neither could be saved. She lost both on the same day.

We'd lost our beloved boy Mojo at 13.5 years to kidney and liver disease the day before we saw the appeal, but we had already discussed what we would do when Mojo left us. We had decided our next dog would be one with special needs, perhaps partially sighted or disabled and as soon as we saw Ali (now called Peg), it was a no brainer for us. A little sooner than we'd expected but we're a firm believer in fate and were not going to let her slip by us.

It took 13 days from our initial enquiry to picking up Peg from the Essex kennels she had been transported to. Despite everything, she hopped straight over to us, ears pricked up, a big grin on her face and her tail wagging - and she hasn't stopped smiling since.

Her sheer determination and zest for life has been a huge inspiration for us wanting to help more dogs and Peg's Appeal On-Line Pet Competition was set up. To date the appeal has raised over £3,500 for overseas rescue dogs and continues to rise.

She has changed our lives and opinions in so many ways and we couldn't have wished for a kinder, funny and intelligent dog.

Here are some press stories about her too:
Worcester News article and
Malvern Gazette article 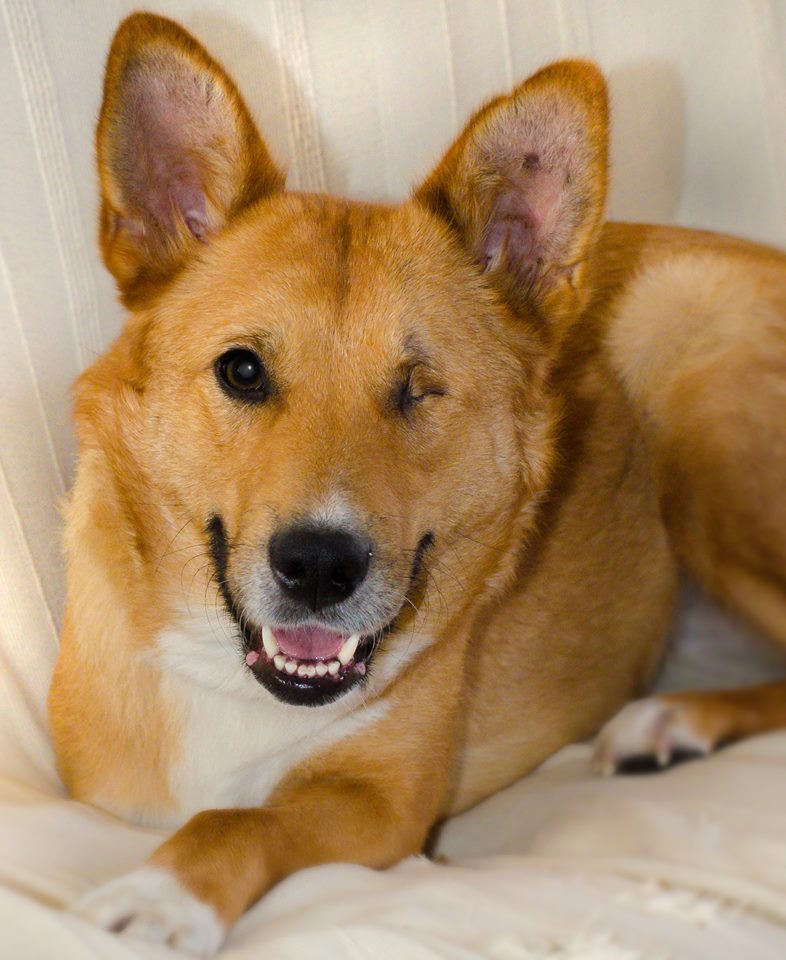