Ronnie is a beautiful Dalmatian, aged between 4 & 6 years old, who was found living abandoned in the woods of Bosnia, emaciated and blind. Somehow he'd manage to survive, alone in a world of darkness, of unseen obstacles and dangers.

He bears indelible marks from having been chained up most of his life. A darkened ring of fur that is only just starting to fade as each day passes in his new life, and maybe with it, those dark memories of the bad times are also beginning to diminish.

His eye sight loss was the result of a trauma, caused by some unknown monster in human form, who either struck him with something solid or kicked him in the head. Ronnie was left blind, one eye a milky white and the other a black weeping symbol of how callus some 'humans' can be to animals. We wait to see if a small part of the damage inflicted onto the innocent, can be repaired and some small glimpse into the world around him possible once more.

Svjetlana, a Bosnia angel, to whom we're forever grateful, took Ronnie in and cared for him. It's hard to even comprehend how Ronnie's life changed as he experienced love for the first time. He was offered regular meals, loving strokes and tenderness. Despite all his suffering he harboured no hatred towards humans and only returned love for the love he was now shown.

He has never once showed anything other than a desire to be loved and to give love in return. He's gentle and trusting.

Today he lives in a warm house with two new step siblings, Hugo and Maisey. A new name marks a new beginning.

Harry now boasts two beds to call his own. One is in a large dog crate, somewhere he can go and be alone. He has regular meals, has discovered the joy of laying with his back against a warm radiator, and a large garden that is both secure and has been made safe for him to explore. But most of all he loves being stroked and having his ears gently rubbed.

In one short month he has 'mapped' the house's rooms and walks them as if his eyesight had been gifted back to him.

When out for his daily constitutional, he walks with a stride, purpose, enthusiasm and a boundless joy. His tail on full wag, the lead at maximum stretch as he explores his new world, safe in the knowledge that he has two people in his life who are there to protect and guide him.

Rehoming a blind dog isn't simple and it can come with buckets of stress. The first few days and weeks are a mixture of mutual discovery, getting it wrong and learning together. But the rewards are boundless. Seeing the tail wag, that first lick bestowed in love, and his enthusiasm at that newly discovered joy of being stroked. His forever home, forever family and forever love. 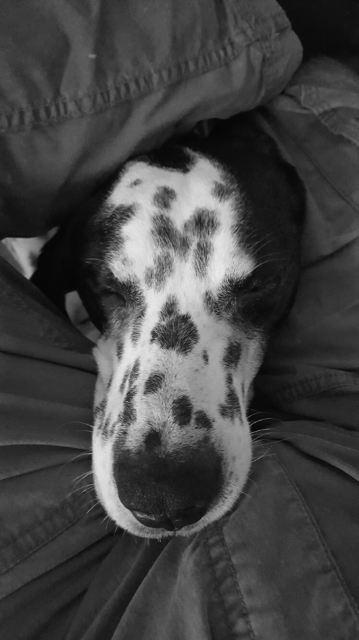 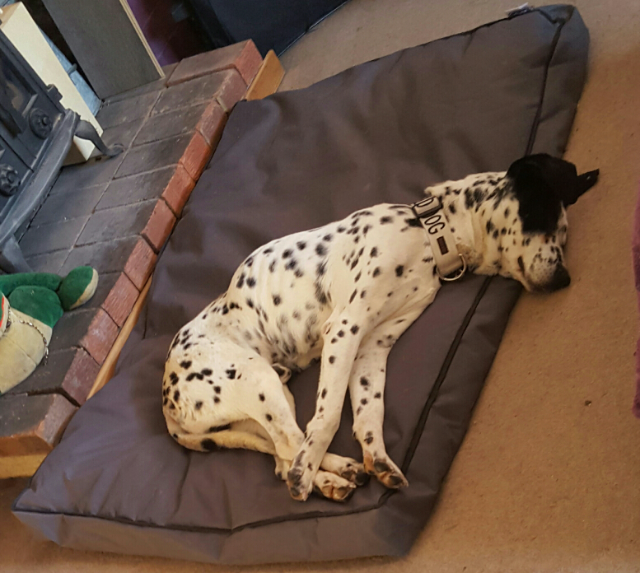