It was February last year when I met Grey and the lovely Julie, whilst on a group doggie walk, from there I became Grey's stalker and soon to be human.

Grey has leishmania and is completely blind. Grey stole my heart and moved in soon after meeting him. Soon after, his old foster mum got in touch and we quickly became friends. In fact Grey is that special all three of his fosters still keep in touch. Here's Grey's story until he came to me.

The only thing known about Grey was that he was surrendered by his very old (almost paralyzed) owner to a very overcrowded shelter. Because of his sight being next to none, he didn't get on with any of the of animals. Grey had several foster homes before settling for a while, but everything started going wrong with Grey's health. He caught Ehrlichia (tick disease) two ear infections. Once all that had cleared his op was booked, but sadly he became unwell, and was diagnosed with leishmaniasis.

This was a massive setback as the op was far too risky. Grey was also anaemic, so couldn't start the treatment straight away. Lots of medication and blood tests to monitor his progress, and finally the time came to treat the leishmania. This was September time - all this time had gone by and Grey had been suffering with his huge infection in his eyes.

When the day came for Grey's op, the vet wasn't sure if he would make it through but all involved decided to take that chance on this special boy as he had suffered for far too long.

The op was a success and he was on the road to recovery. Soon after, he was transported to the UK where he continued to be fostered for a short while and remained a complete gentleman; he learnt to start trusting other dogs and with the help of his foster mum became more adventurous.

Grey is super confident, loves life and running off his lead. He's even made lots of new friends; all who have known Grey have never known a dog like him! He is the strongest, happiest boy ever. 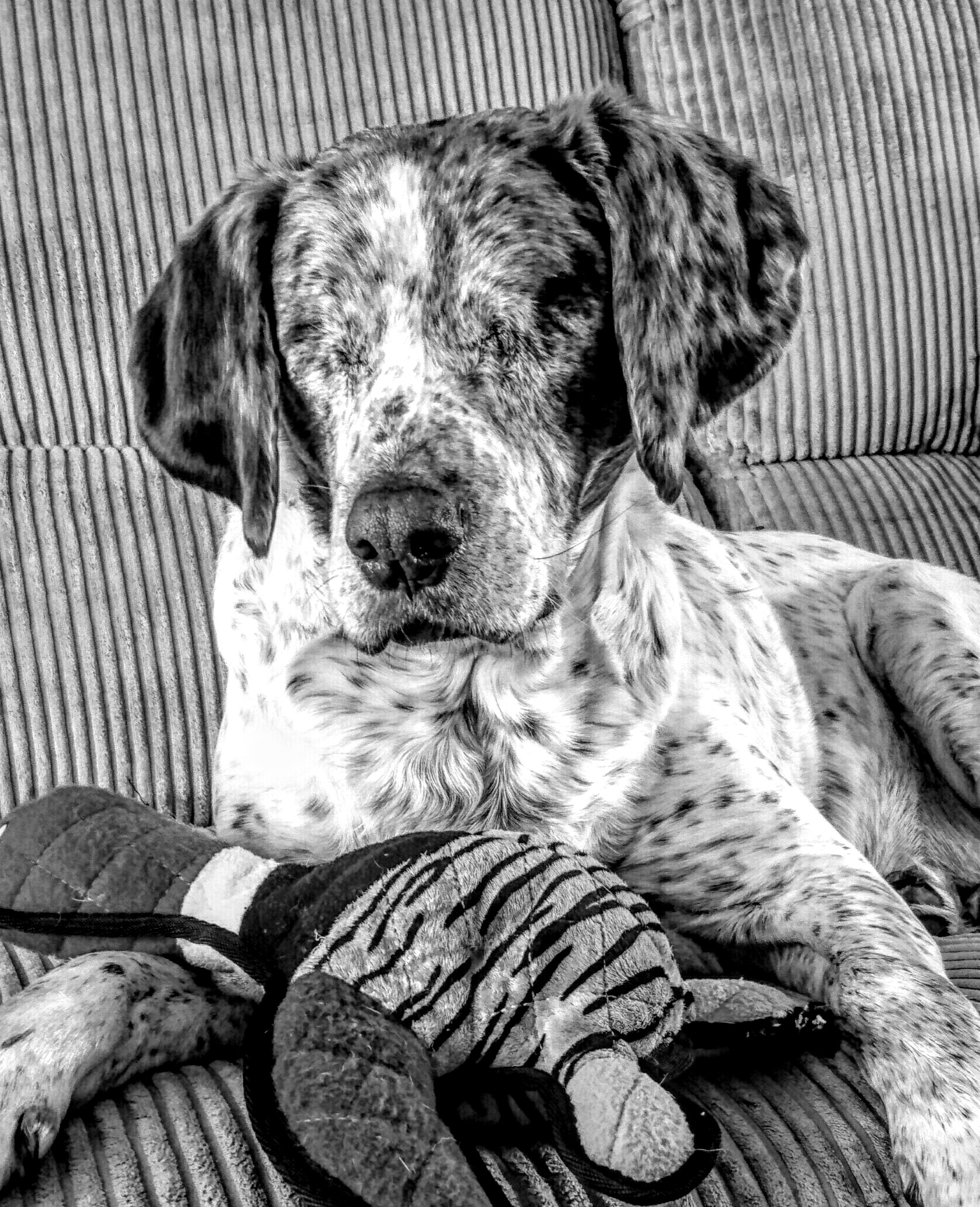 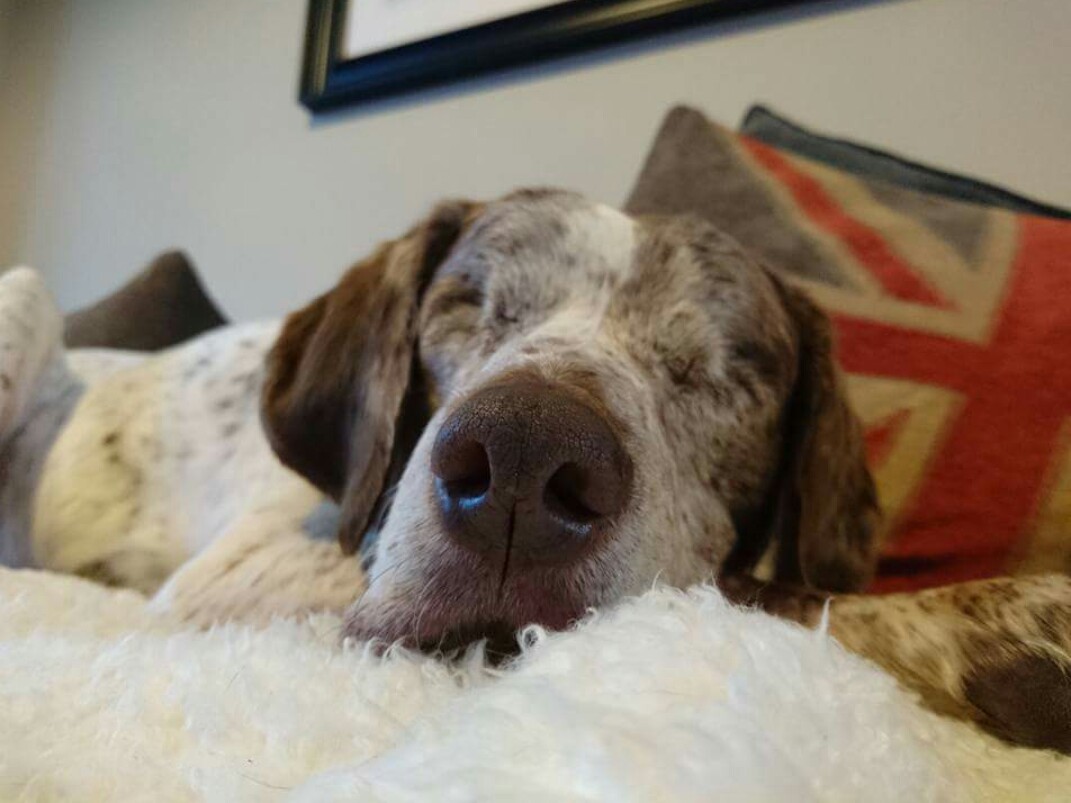