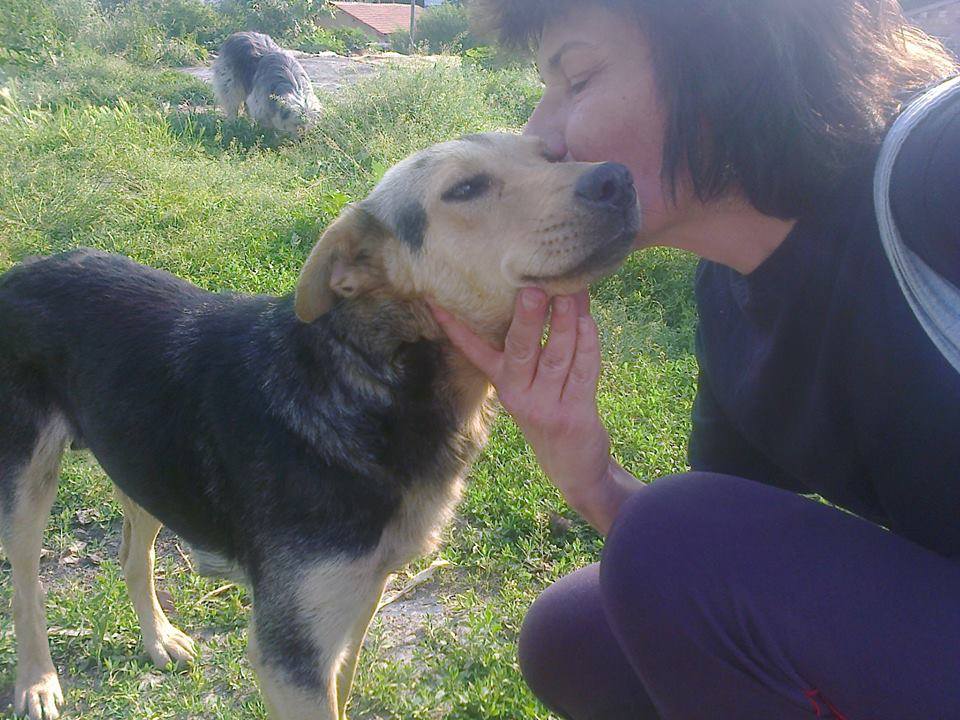 Tweet
Share
Email
This is the third instalment of our 'Meet the Rescuer' series where we introduce you to the rescuers we work with across Europe. We hope to give you an insight into the lives of the rescuers and highlight the important work they do.
Slavica Vukelic is a rescuer in Belgrade, Serbia and is currently caring for Bert, Rosa, Beli, Alex, Bundi, Malena, Floki, Veca, Sinisa, Beba and Eddie.
Tell us about yourself and your rescue...
I'm Slavica Vukelic. I'm 50 years old. I live in Belgrade, Serbia. All my life I have tried to help those who need it. Besides my family, dogs are my greatest love. My town has forbidden the killing of abandoned animals, but in most other towns in Serbia it is not the same. We have a law of responsible ownership for animal, but in my country hardly any law is actually put into practice. This means we have a lot of abandoned animals, and we have a lot of work around them. I take care of street dogs in my suburb and in gypsy settlements in the vicinity; I have to feed them, bring them to the vet when they are sick, to defend them from the bad treatment of people with them, and everything else that is needed. I'm not a member of any organization. For food, vet treatments, pet taxi transport, sterilizations for the large number of dogs I help, I rely on the support of good people who want to and can help me.
What is a typical day like for you?
My typical day, for decades, is that I never know in the morning where and when I have to go that day and what I have to do. Sometimes nights are the same. My days are full of caring for my family, work, my dogs at home, cooking, cleaning, feeding abandoned animals, carrying the sick to the vet, providing treatment to those to whom I can give medicines on the street, travelling to the village where the dogs that I have placed in pensions live who were saved from very bad situations, many hours each day outside in the sun, rain or snow, posting on facebook to try to find homes or help for everyone, no rest, no sleep and don't eat enough- it is my life. 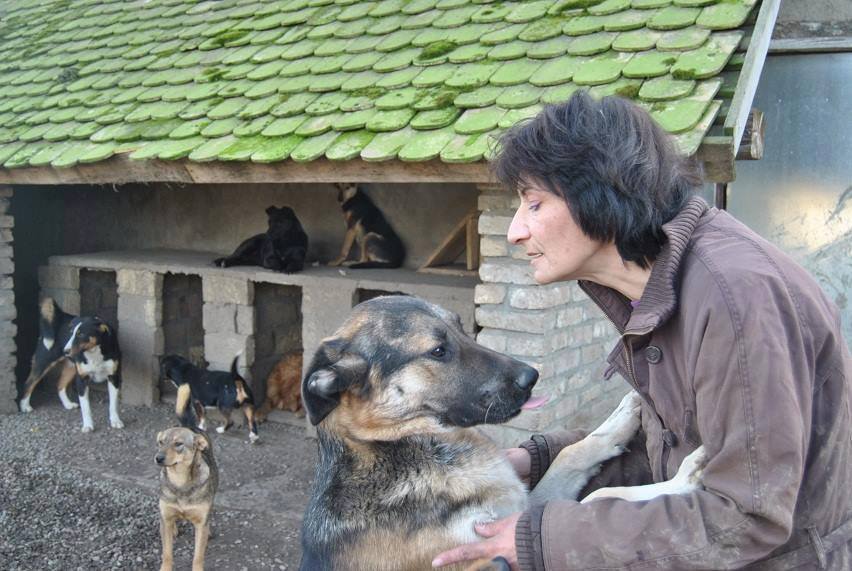 What does working with BDRUK mean for you?

I "met" BDRUK in autumn 2012 when they offered to help me with some blind dogs, some without eyes, some with other physical disabilities, and some who were healthy. These dogs lived in bad conditions, they had no food and were beaten. BDRUK found a very good homes or foster homes for them, and also for some more dogs years later. It is heartbreaking that someone who previously did not have a good life, now has all the best things in life. It fascinates me  the serious work that BDRUK does for each dog to help them to find a home. I enjoy the beautiful photos of happy dogs in their new homes and this is the motivation that gives me strength when life is bad. Before each New Year I have the wish- that all my dogs, hundreds of them, in the coming year find a home in the UK, and in their place come the other who need me and my help.

Tell us about the typical conditions dogs are kept in, in public shelters?

Serbia is a small country with too many shelters and dog catchers pounds. Conditions are terrible. In Belgrade, we have five shelters, in which there is no killing, but if someone wants to come to adopt a dog, they can come and are only shown a few dogs. This is very little in relation to the total number of dogs in the shelter, knowing that we have several thousand dogs sentenced to life imprisonment. Belgrade has two million inhabitants and residents would be able to adopt all those dogs, but they prefer to buy a pure breed dog. Also, no one can come to the shelter to look at the condition of the dogs, to take a photos, to help them to find a home - all this is prohibited. There is no shelter where people can come to walk dogs, to give them a little love and attention. They live their lives invisible. In smaller cities, the situation is always tragic, dog catchers catch the dogs, place them in small cages, kill them once a week with inhumane methods, often before then the dogs eat one another. Each local government allocates very large funds for the killing injections, but everywhere someone is taking that money, and dogs are killed with shovels or injection of detergent. In these areas no one wants to come to adopt a dog from a shelter, because people don't care of it- they need dog on the chain, barking at strangers, and if it does not work, they will take him and leave somewhere where hunters will kill him, be crushed by a car or taken by dog catchers.
Even in Belgrade there are not high standards of shelters, some are open before obtaining a licence, in some sick dogs are not treated, and die without receiving medical attention. I have taken many dogs from the pound, but I can not find homes for them; they live in boarding houses for years, and although I had good intentions, they have only one prison replaced for another. But the hardest thing is that anyone can say that he was bitten by a dog, without proof and the dog will immediately go to the shelter 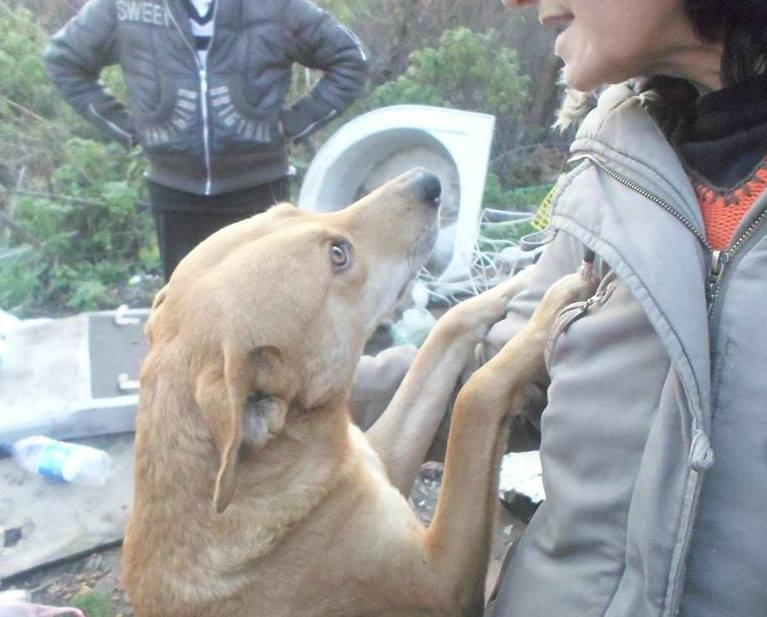 How do you feel when a dog is successfully rehomed?

A dog's life is unfairly much shorter than ours and I do everything that I can to make as many of them as possible to feel peace, security and love. I'm happiest when they are happy and relaxed, when someone loves them a lot, as much as they deserve. This is the sense of my life.

What are the biggest challenges you face on a daily basis?

The biggest challenge on a daily basis is to do as much as possible, to not feel bad because I was not successful, that everyone gets what they need, to change the consciousness of one man or a child not to do anything wrong to animals, to push even one institution to do its job, to do not have to bury any animal, to do not have to lie in bed at night listening to a dog who barks because he is hungry. 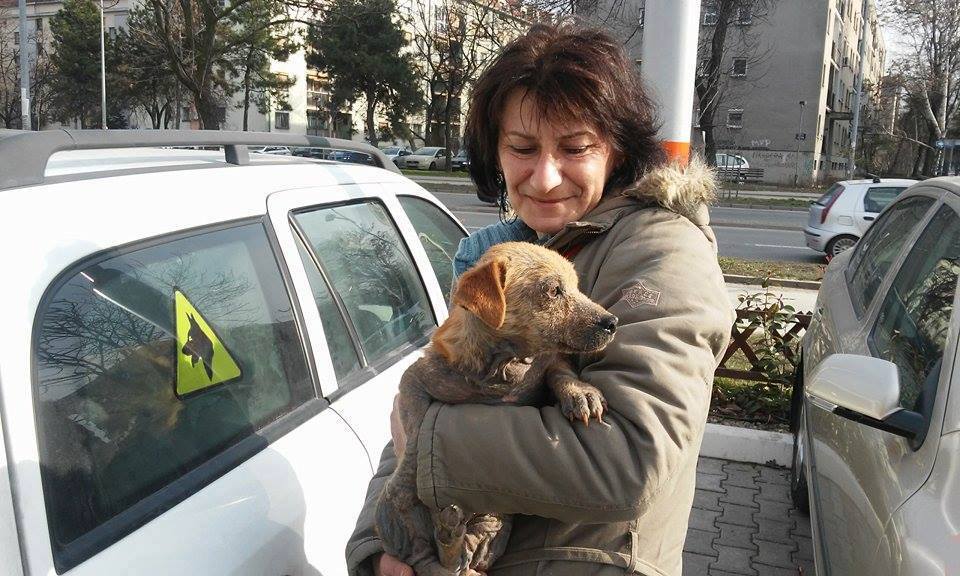