Costi, the journey of a Romanian rescue dog: part two 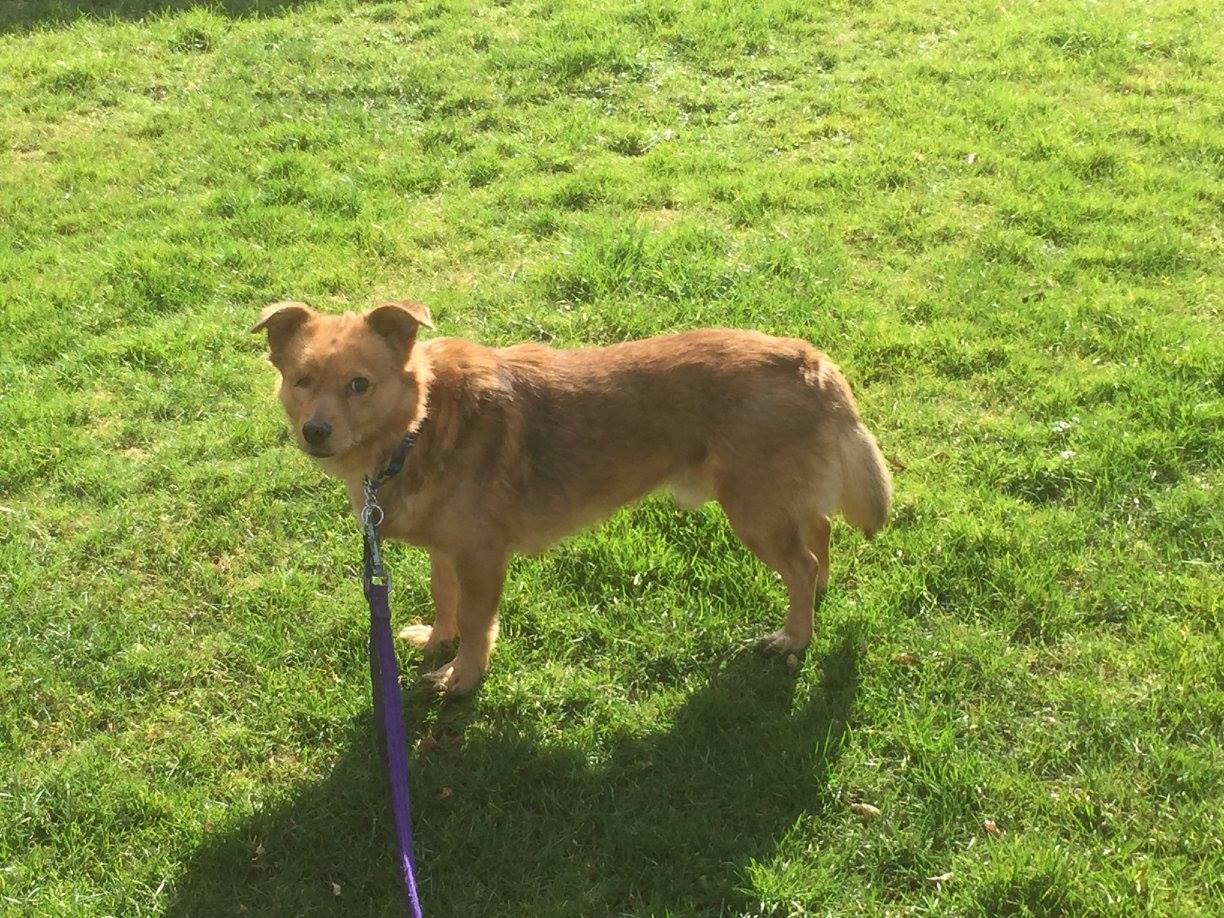 Costi is currently in foster with one of the BDRUK trustees. This is a series of blog posts we will be sharing to illustrate how it is both challenging and extremely rewarding to help rehabilitate an abused dog and show them how to live in a loving home.

In preparation for Costi's first trip into the garden and anticipating him going under the beech hedge (secure fence on the other side of it), I've put a double layer of netting in front of it. If he gets under the hedge I'd have to fish him out which would upset him. 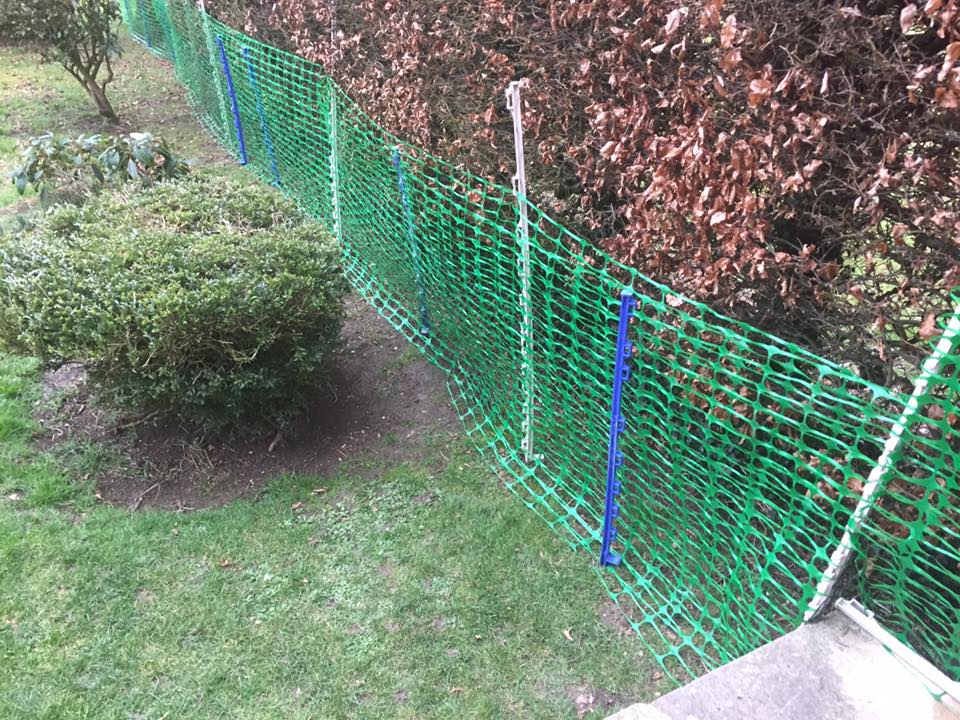 Costi has been showing interest in the outside world for a few days now, and yesterday it seemed the right time to let him go out into the garden. A quick check round the boundaries reassured me that it was still escape-proof so I put a harness on him and attached a lead to it and a long line to his collar. As he won't walk on a lead, I went outside leaving him to make the decision whether to join me and the other dogs, or stay inside.

Very quickly his little face appeared in the doorway and then he shot outside much more quickly than I would have predicted. I grabbed the end of the line and followed him round as he explored, and scent marked most of the garden! The harness soon came off as he rolled and wriggled his way out of it, but he was still secure on the long line so we carried on like that, waiting for the chance to put the harness on again - easier said than done! 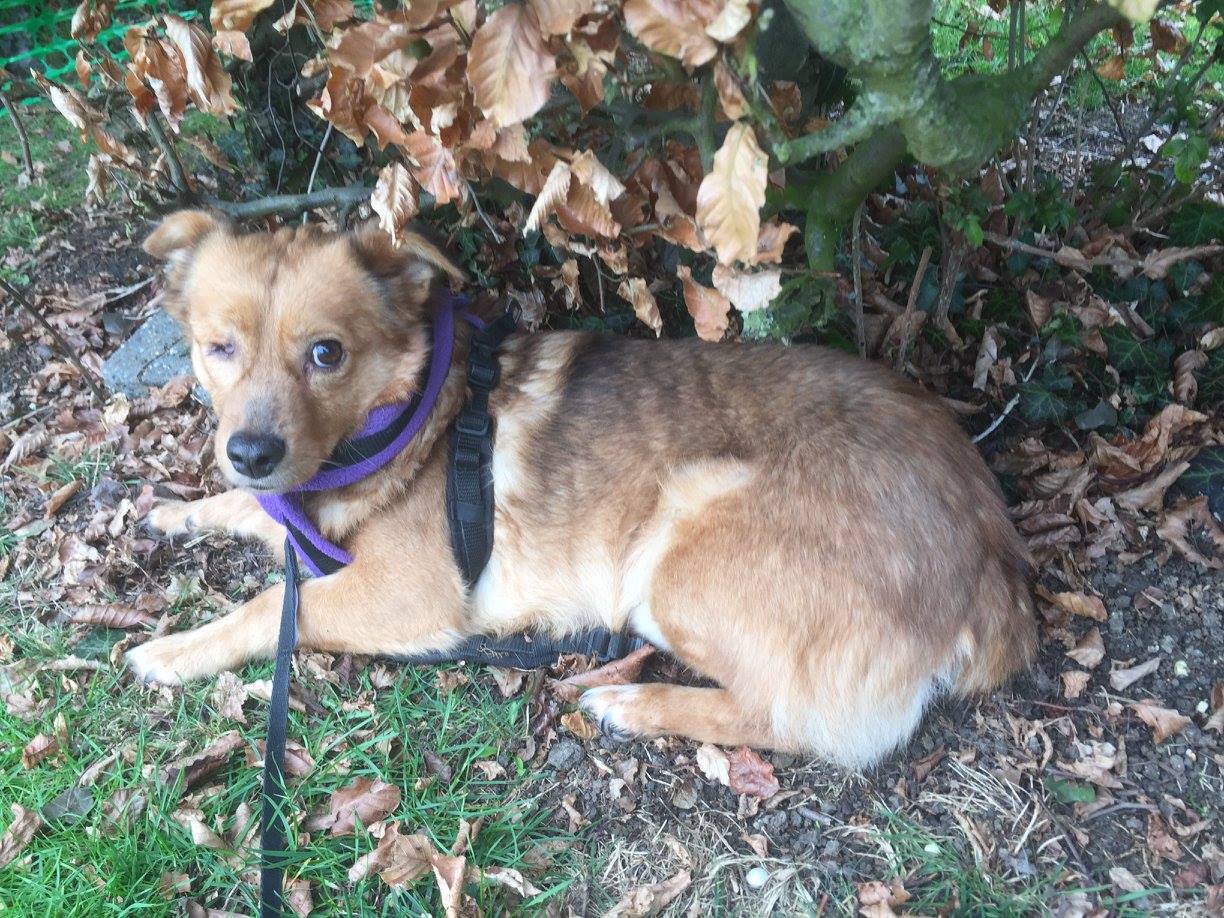 Eventually, he lay down next to a hedge and I was able to replace the harness, carefully, and decided that perhaps it was time to go back inside. Costi had other ideas! He was reacting to being outside in the opposite way to that which I predicted he would. I imagined that he would see the house, where he'd lived for four weeks, as a safe haven and would bolt inside at the earliest chance. However, he gave me the distinct impression that, given the chance, he would escape and certainly had no interest in returning inside.

Having a totally secure garden was great relief as had he managed to get harness off, he would have stayed within the confines of the garden but you can never be sure how these dogs will react. He made it clear that me picking him up wasn't an option, with lots of snapping teeth (he didn't bite but was telling me that he wasn't happy!). So the good old standby, the slip lead came out and I managed to get him back inside once that was on.

Inside, he seemed almost relieved to be 'home' and soon was back in his bed taking his cheese treats. 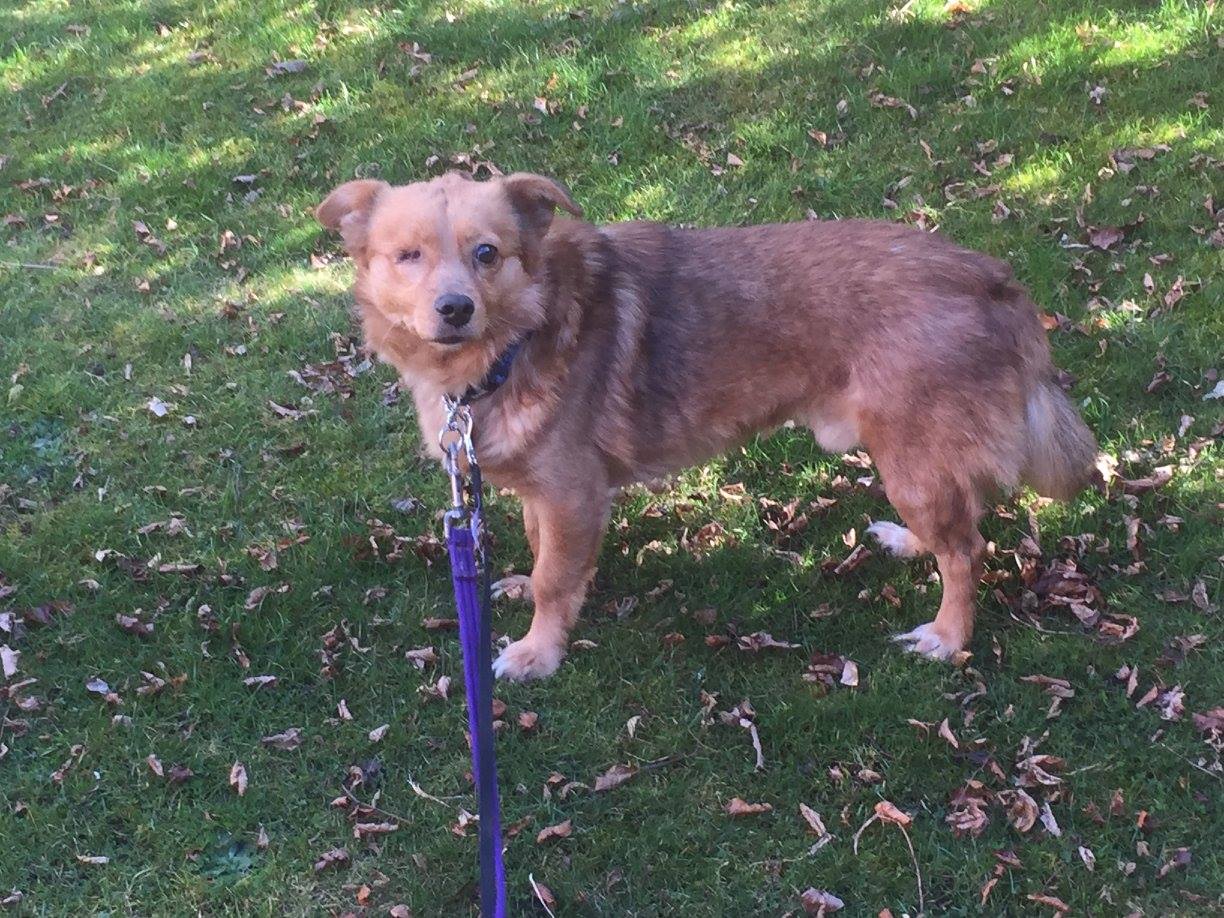 Thinking about it all - a few thoughts came to mind. Firstly, it is essential that I get some better 'equipment' - an escape proof harness and a half check collar. It came to me last night that a harness with a handle on top would be the thing so I could just lift him up and bring him inside!!! I've had a couple of recommendations of great harnesses and will probably get both. Another long line to attach to the harness instead of the lead is something else I'm going to buy.

I've had really scared dogs before - really scared - but they just wanted to be inside and getting them outside was the big challenge. Costi wants to be outside, and as he doesn't like people, has no wish to be where people are. I need to do more work on handling him now as he will allow me to stroke him and groom him. I need to build up more trust with him. He still took treats from me outside, but I'm in no doubt that if a hole had opened up in the fence he would have tried to slither through. He isn't a jumper as he's a short-legged stocky chap, so he won't leg it over the fence, but he would do his best to find a way out if given the chance.

So - a few adjustments to make before we brave the outdoors again. He is very happy back inside so I'll buy the equipment then try again. This morning was spent handling him and brushing all the dead hair out of his coat.

Mr Costi Cheese ventured outside again today for over an hour in the sunshine. He seemed much more confident today but was still very reluctant to come back inside. 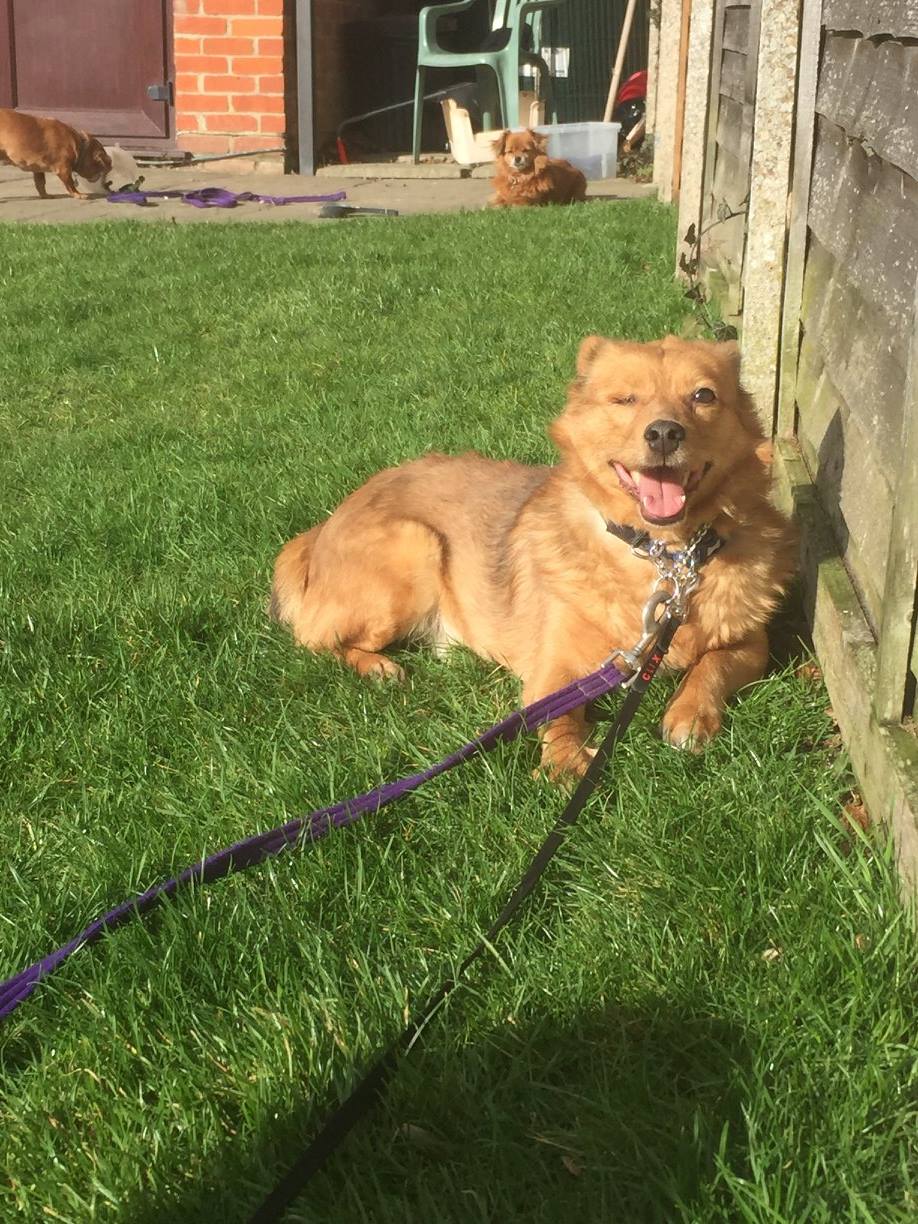